The history and landscape of BC sports has been profoundly impacted by the many successes of competitive swimmers, coaches, volunteers, and clubs. On these pages, in telling the stories of our rich history, we celebrate the extraordinary in our sport and seek to inspire future generations of BC swimmers. From the 1930’s through to the recent medals of Olympian after Olympian, the BC Swimming Hall of Fame takes great pride in representing the engaging stories of the individuals, clubs and organizations who have made their achievements such an important part of the fabric of life and history in the province of BC. 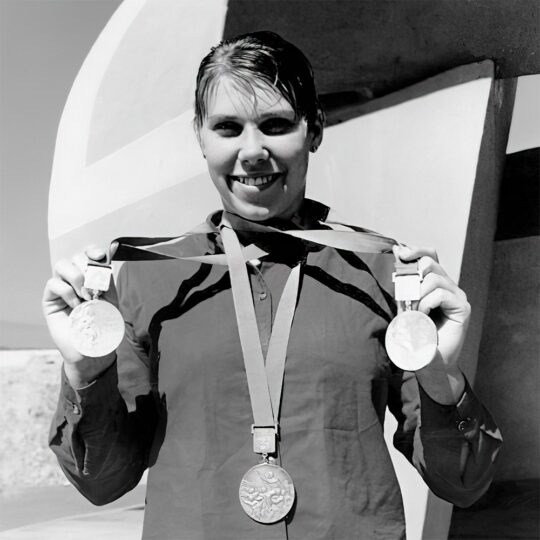 Elaine Tanner is a pioneer in Canadian swimming. Nicknamed “Mighty Mouse” for her petite stature, Tanner was just 15 when she won four gold and three silver medals at the 1966 Commonwealth Games in Kingston, Jamaica. At 17, she became the first Canadian woman to earn a silver medal in the 100-metre backstroke at the 1968 Mexico Olympics. She also finished second in the 200-m back and was part of the bronze medal 4×100 freestyle relay team. Despite being the first Canadian triple medallist, and the first Canadian to win a swimming medal since 1928, Tanner’s achievements were not celebrated because none of them were the coveted gold.

Tanner retired from swimming at age 18 and her life began a downward spiral. She struggled with mental illness, suffered from depression, anxiety, panic attacks and battled anorexia. By 1988 she was sleeping in her car in Vancouver and contemplating suicide. It was around that time she met her future husband John Watt and began rebuilding her life. Tanner is a two-time winner of the Lou Marsh Award, a recipient of the Order of Canada and a member of the Canadian Sports Hall of Fame, International Aquatic Hall of Fame, Canadian Olympic Hall of Fame and Swimming Canada’s Circle of Excellence. 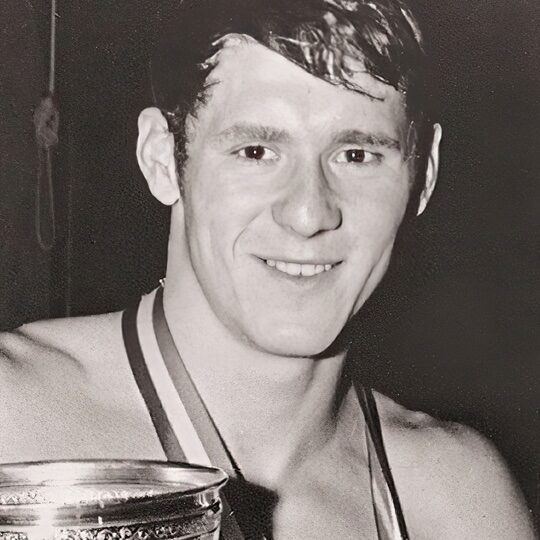 Born in Winnipeg, Canadian swimming legend, Ron Jacks’ sensational swimming career spans over 60 years – one that began as a kid swimming at the Vancouver YMCA and went on to include 14 Olympics either as a competitor or coach. He set seven Canadian records between 1965 and 1972, plus won Commonwealth and Pan American Games medals swimming freestyle and butterfly. Jacks represented Canada at three Olympics (Tokyo 1964, Mexico City 1968, Munich 1972). He was part of the 4×200-metre freestyle relay that finished fourth in Mexico City. Among his many accomplishments, Jacks has coached athletes to medals at the Olympics, Paralympics and open-water events.

Jacks became head coach for the Arbutus Swim Club and founded the Vancouver Pacific Swim Club. He was hired as head coach with the Hyack Swim Club in New Westminster, B.C., from 1974 to 1984 then took over the Victoria Amateur Swim Club in 1984. He helped establish Island Swimming in 1988 and in 2002 became director of swimming with Pacific Coast Swimming. 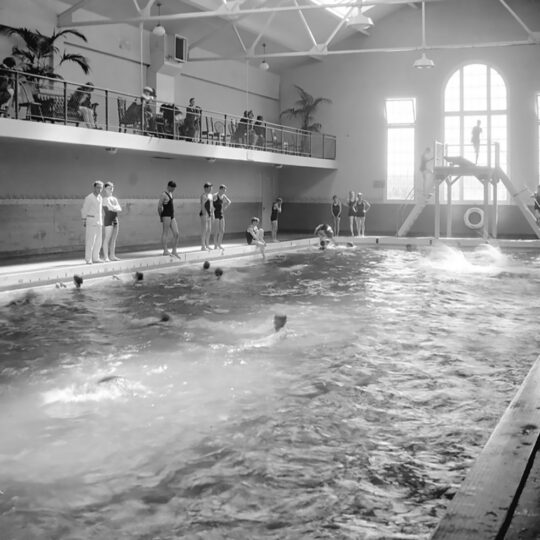 The Crystal Pool, located at Vancouver’s Sunset Beach, was home to some of B.C.’s best swimmers. The posh saltwater pool opened in 1928 as part of a private club called the Connaught Beach Club. There were plans for tennis courts, Turkish bath, and a ballroom but the operators went broke, and the contractors finished only the pool. Between 1931 and 1955 Percy Norman, considered Canada’s foremost authority in swimming and diving, served as head coach of the Vancouver Amateur Swim Club at the Crystal Pool. He coached the 1936 Canadian Olympic swim team and the 1954 British Empire and Commonwealth Games team that won six medals.

Howard Firby began as an assistant coach under Norman in 1948 and became head coach in 1955. With Norman as coach, the VASC placed swimmers on national teams. Howard created the Dolphin Swim Club in 1956, which also trained at the Crystal Pool. The club placed two swimmers on the 1956 Olympic Team. Hellen Stewart would set a world record for the 100-yard freestyle (25 yards) at the pool. The Crystal Pool was demolished in 1974 and replaced by the Vancouver Aquatic Centre, which remains the home of the Canadian Dolphin Swim Club, which has produced Olympic medallists including Elaine Tanner, Cheryl Gibson, Donna-Marie Gurr and Bruce Robertson.